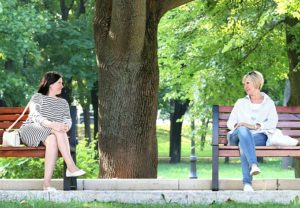 Do you take time out from outputting? Are you always working through literal or metaphorical to-do lists? Maybe it’s worth standing back a while and allowing for a little input.

I had the very good fortune to visit Paris over the weekend. Whilst there, I went to the Pompidou Centre. Not only is the building itself a thing of inspiration but the exhibitions are truly mind-altering.

Not everything was to my personal taste but that’s no bad thing either. Some exhibitions seemed to be there purely to provoke and anger. Which they did. Others, however, were transformative in more thought-provoking and life-enhancing ways.

Describing visual art is possibly like singing architecture. So, I won’t bore you with any attempts to convey the content or meaning of what was on display. However, the thing that struck me was the overall experience. It had the effect of making me somehow mentally switch channels.

As a friend put it, you may find yourself – after a while – gazing on a fire hose and marveling at its beauty. Only after some time, do you realise that it is not, after all, an exhibit. However, this is a sign that you have opened your imagination to the artistic possibility within all things.

As the weekend wore on, and my wife and I had ticked off the places we ‘had’ to visit, it became possible to then relax into simply being. Time was taken to sit at street-side cafes. From there, we observed the age-old tradition of watching the world go by. A happy lunch hour was then spent lying on grass in an ornate square, complete with fountains and statue.

We remarked on the intrinsic value of public spaces, to which people are drawn in order to do nothing in particular. Rather than marveling at the statue (Louis XIII, since you ask), it was actually more entertaining to simply let our minds roam. And to watch others do much the same.

From Output to Input

Research has suggested that children require periods of boredom in order to discover their innate creativity. The same would seem to be as true – if not more so – for adults. We all need to take a breath from time to time. To switch from ‘output’ to ‘input’. Or even ‘standby’. Only then do we free up the mental and emotional space required to engage our creative selves.

Immersion in unfamiliar surroundings or exposure to new and interesting artworks can transport us beyond our mundane everyday thinking. However, should such activities be done purely by way of ticking them off a list, the impact will be lessened. We need to be present and empty in order to receive.

The Luxury of Being Bored

So, see if you can take time out soon for some real creative input. Maybe listen to a concert, go to a gallery, take a long walk. Or simply allow yourself the luxury of being bored.

Home » Blog » Take Some Time Out