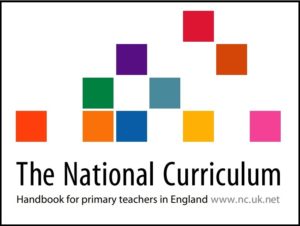 I have found it interesting, as a provider of resources for schools’ Dance, to watch the way this subject’s status has shifted over the years.

The government brought Dance into the new National Curriculum in around 1990. They put it forward along with a raft of compulsory subjects at primary level,  as a result of the 1988 Education Reform Act. The idea, I believe, was to create consistency across the country by embedding subjects that all schools should teach.

Dance, therefore, was given similar status to, say, English or Geography. And rightly so. Some children find it hard to express themselves through the written word. Many, however, are able to do so through movement. It allows them to think creatively. They learn to collaborate. And, at the same time, it quite literally stretches them physically.

The government later decided there were now too many areas to cover. So, these were reduced. Against the odds, Dance was not one of the subjects removed. So, children continued to benefit from this alternative way of learning.

David Blunkett’s curriculum reforms led to another shift in educational thinking, in 1999. Now, Dance became part of the PE curriculum. This, perhaps, could be seen as a downgrade in terms of its creative value. Staff, however, could now also consider the health and physical benefits of movement-based learning.

Well-being has, more recently, taken on increased importance at primary level. And this has given Dance a new role. Now, it can be seen as something of wider value: reducing obesity, promoting emotional health, helping communication and reducing psychological problems. Indeed, it is a vital tool in enabling expression in children with learning difficulties.

The Dance curriculum itself has been through many changes along the way. The most recent saw its simplification. The guidelines are now a few short sentences within the PE outline for Key Stages 1 and 2. Dance remains a core element, though exactly what is expected is far less clear. Fortunately, most primary schools continue to recognise the value of Dance and promote its use for all ages.

One thing that is not made clear by the curriculum is Dance’s immense value as a learning tool across different subject areas. By embodying ideas that have been discussed in the classroom, it is possible to really bring these to life. Physicalising ideas from science, nature, geography, literature and history can really help children to understand what may otherwise seem abstract or irrelevant.

What all of this shows is the flexibility of movement as an educational tool. Wherever you choose to pigeonhole ‘Dance’, it delivers. We have come a long way from my generation’s experiences of ‘being a tree’ and following a disembodied BBC recording. Today, children are able to take ownership of their ideas, explore their own physicality and develop their creativity.

So, whether PE or not PE, Dance is Dance. It stands alone, yet encompasses just about everything. Thank goodness – for the sake of our children – it has remained within the curriculum. One way or another.